Posted by Richard Velazquez in Books, Education, Hobbies on October 26, 2014

Short story I wrote for Spanish 3 class at UC Berkeley on April 4, 2002 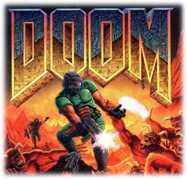 Having worked in the video game industry for many years, I’ve been exposed to a wide swath of individuals that brand video games as detrimental to children and claim these games promote violence.  I grew up with video games – from Pacman on the Atari 2600 through the PC revolution with Sierra games like King’s Quest and more hardcore fare such as Castle Wolfenstein and Doom – and shared these gaming experiences with my family and friends.  I generally tend to disregard the doomsday scenarios about video games and attribute them to the over-protective instincts of parents and orthodox religious groups.  After all, my brothers and friends and I all turned out to be relatively well-adjusted individuals with no criminal records, so obviously the fears are overblown.  A recent event in our apartment made me start questioning my beliefs and “I couldn’t help but wonder” (*wink to my wife), are video games a child’s friend or foe?

My wife and I invited a friend and her two young boys over for breakfast (to protect the innocent, I’ll call her Ribbon and her two boys Abel and George).  With childhood exuberance, Abel discovered my stash of Xbox 360 games and naturally wanted to play.  We first started off playing Sonic Riders for Kinect, or, I should say, he started off by showing me how to play Sonic.  As a Kinect video game, there are no controllers required and the game involves the child pretending to skate through an imaginary world (harmless enough). 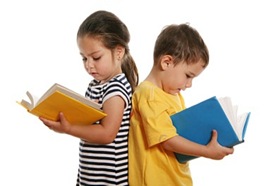 During breakfast, we had a philosophical discussion about video games and books, and their respective merits and limitations.  What many people may not realize is that video games teach kids crucial skills and lessons that cannot be learned from a book.  Books are great to learn vocabulary and grammar and to spur the imagination.  However, their greatest limitation is that they are completely linear and the reader cannot affect the outcome of the book (with the exception of those Choose-your-own-Adventure books I grew up with).

Video games, on the other hand, are completely dependant on the user’s actions because it impacts the narrative and the outcome of the game.  Kids can learn some very useful skills, such as collaboration, strategy, improvisation, logic, and deduction (depending on the type of game, of course).  Additionally, I’ve read about some studies that show that surgeons with video game experience excel beyond surgeons without this experience because of the improved hand-eye coordination, fine motor skills and reflexes developed through video gaming (I really need to start documenting things I read so that I can reference them appropriately).

After breakfast, Abel continued his search and uncovered Lego Star Wars: The Complete Saga.  Now Ribbon wanted to make sure that Abel wasn’t exposed to any violent or shooter type games
(such as Halo, Gears of War, Oblivion, and dozens of other games in my collection).  Lego Star Wars seemed harmless enough.  After all, it’s designed for this age group.  So I popped it into the Xbox and we got started.

Abel had never used a dual-analog game controller before (he’d only used the Wiimote and Kinect), so I was astounded at how quickly he learned to navigate his character on screen, jump, and wield his light saber with the Xbox 360 controller.  According to Ribbon, he thought the controller was only used for starting a movie as he hadn’t gamed with it before.  In any case, he got into the game with gusto.  He began to dispatch the enemies at a phenomenal rate, with just a swipe or two of his light saber.  This is where the transformation occurred that prompted me to write this blog post.  Once he was fresh out of enemies, and with no one left to dispatch, he turned on me and his other in-game companions, whacking away until we were nothing but little Lego bits.  And even though I spent years playing on a controller, in just the few minutes of playing the game, he was able to kill my character twice before I could get away.

At this point Ribbon intervened and told him that if he killed his friends, he couldn’t play anymore.  That was sufficient for him to hold his light saber at bay for the rest of the game, although I could still see how antsy he got when there was nothing left to dispatch on screen.  When we finished a level, he asked to make sure that the next level had as many enemies as possible.

This all prompted me to start questioning my long-held beliefs about video games. What had turned this mild-mannered, well behaved child into this feral, single-minded killing machine?  Did exposing him to Lego Star Wars the video game open the door to the Dark Side in this youngster?  Do video games really teach kids to be violent, no matter how innocuous the game may seem?

I pondered this for over a week before I decided to write this post.  After a lot of reflection, I began to surmise that it wasn’t the video game that caused this reaction, but some kind of baser instinct that emerged when he was given the power to be destructive.  After all, if you give most little boys a stick, they will wield it like a sword and hack away at anything in sight.  There’s nothing inherently wrong with a stick.  Similarly with Lego Star Wars, there’s no instruction nor incentive for anyone to attack their own teammate (aside from the cool animation of seeing the characters fall apart into little Lego pieces).  So does the act of turning on your friends with a sword reflect upon the game or the individual?  Do we keep the stick away from the child for fear of how they will put it to use, or teach them how to use that stick responsibly?

As a gross generalization, I’ll hypothesize that if I put a young girl in the place of Abel in this situation, the outcome would’ve been completely different.  She probably would have wanted to explore the world in a collaborative manner versus trying to destroy everything in sight.  If this is true, his reaction could be attributed to an inherent difference between the sexes that one can evidently see when little boys and girls play with the same physical toys, or their predisposition to select certain toys over others.

So, if the hypothesis holds and the video game is just a tool that can be used for good or ill depending on the individual, the next logical question is – is it a good thing or a bad thing to give children access to these tools?  Does a violent video game (or even a non-violent one) lead to violent behavior, or is it a useful outlet for these natural tendencies?  If not video games, do these behaviors come out in other ways, for example, schoolyard bullying, screaming sessions, animal abuse?  I don’t have the answers, but I would love to see a study of child bullies and how that correlates with exposure to video games.  If they let it out in a game, can we prevent it from coming out towards others at school or does it exacerbate the situation?  I know as an adult it’s a great outlet to kick back with Gears of War in Horde mode and slaughter wave after wave of enemy monsters.  How does that translate in a less-developed and more impressionable mind?

A lot of these issues and questions remind me about Dungeons and Dragons (D&D) in the early 1980s.  I would contend that the D&D role-playing game probably best captures the benefits of both books and video games (the strategic thinking and improvisation skills coupled with the tons or reading required to learn and master the system).  And yet, I still vividly remember the fear-mongering that occurred in that time period as parent groups and religious organizations decried D&D as a cult that had negative psychological consequences on players, especially children.  I played D&D and was even a Dungeon Master, and recall how my very religious half-sister tried to convince my mother that we shouldn’t play the game because it promoted Satanism.  This hysteria was best captured by a made-for-TV movie

with a young Tom Hanks called “Mazes and Monsters”.  It seems after 30 years, the hoopla has died down, and D&D role-playing was fondly featured in VH1’s ‘I Love the 80’s’ (skip to 4:21 in the video) and more accurately portrayed in a recent episode of the TV series “Community” entitled “Advanced Dungeons and Dragons“. (Read a very good article on this great episode by clicking here).

I predict that in the next 10-20 years, the hoopla around the perils of video gaming will also simmer down as a new culprit for childhood depravation emerges (holographic immersion or direct synaptic connections anyone?).  There will still be parents that will judiciously decide if and what games their children can play, and I believe that it is a good thing.  Since I don’t have children, I would love to hear any stories from others about how video games have impacted their children, whether positively or negatively.  Ultimately, the answer to the titular question, like most things, is probably “it depends on the child and the game”.

Posted by Richard Velazquez in Books on April 28, 2010

This is a well organized and thoughtful book on product management and new product development. It was a fairly easy read, although I will say that many of the chapters are very short and while they bring up some important key points, it lacks substance in many areas. Mr. Cagan breaks down the book into what he considers the main parts of product management: People, Process, and Products. He provides an excellent overview of the differences between Product Managers and other disciplines. For example, Product Managers assess product opportunities and define the product to be built in detail. Product Marketers are responsible for telling the world about the product. Project/Program Managers execute to develop the product.
The book is mainly focused on software and services Product Management. Despite this, I still found it useful as a Product Planner/Product Manager for hardware devices (video game consoles). I do like the emphasis Mr. Cagan places on testing products early and often with consumers, with the caveat that testing has to be done in the proper manner. Users and end customers for the most part can’t articulate exactly what their needs are, which is where we as Product Managers must look for the underlying needs, and prioritize the solutions to discover products that are valuable, usable, and feasible. One of my favorite sections of the book was the interview with Jeff Bonforte, Yahoo! exec on the emotional adoption curve, which are emotions overlaid onto the technology adoption curve introduced in Geoffrey Moore’s book, ‘Crossing the Chasm’. Thus, the Innovators, Early Adopters, Early Majority, Late Majority, and Laggards become the Lover, the Irrational, the Efficient, the Laugher, and the Comfortable. Assigning emotional states for the end customers adoption of technology is an interesting and insightful way to look for strong latent emotions that will lead to new product innovation.